Whoops! I forgot to come and post about the GonnawannaRUNagin 5K and 1/2mi Fun Run!

Well, I had planned a surprise for Ashton (thanks again Marc, Andrea and Ernie for keeping it a surprise, even after he asked if you were coming to the race on Facebook! LOL!). The surprise was of course, Marc coming and racing with Ashton. I KNEW Ashton would be excited and I know Marc definitely was. It would be the first time Ashton would be running a race and Marc was going to be his running buddy to make sure he didn't veer off course and that he finished. 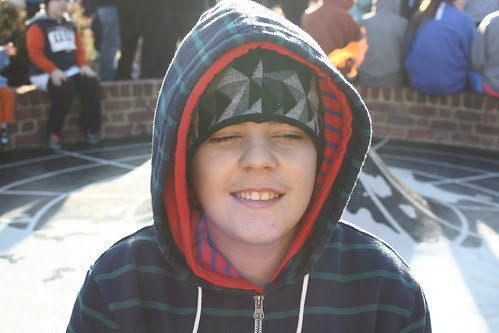 The smile on Ashton's face when he saw Marc that morning was so cool! He was ECSTATIC to see Marc and gave him a huge hug and lots of high 5s! Holden was a little less than enthused with the sun in his face, whoops! lol 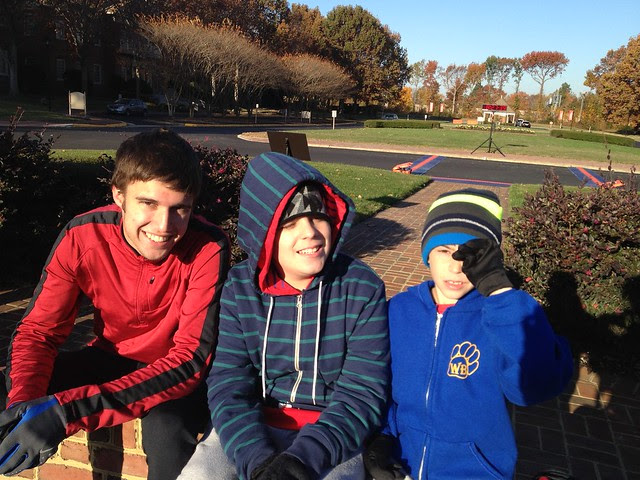 So of course, it came time for the 1/2mi Fun Run to start (Marc, his parents, Holden and David would all be running the 5K afterwards). Ashton seemed excited and well he'd been practicing running, so I knew he'd do just fine. The guys got in line at the start and of course, I had to get a start line picture :)
I had no idea how long it would actually take Ashton to do the 1/2 mile, but from what we can guess, it took approximately 9 1/2 minutes, which isn't too bad and was his fastest 1/2mi time yet! He ran last years in 6 1/2 minutes but HE didn't run most of it, someone had picked him up and piggy-backed him most of the way! So the 9 1/2 minutes is impressive considering it was of his own force and his own two feet! :) SO proud of that boy!

So then, it was time for the 5K to start. Marc, Andrea (who was pushing Gervas) and Ernie all started in the front. Holden, David, Ms Kristine, Dr Gracie and their kiddos all started out in the back of the pack.
So the 5K gets started and Ashton and I get ready to wait for everybody to finish.

I had no idea who would finish in first place overall, but it certainly didn't surprise me to see Marc come into the finish line first.... Ashton got to give Marc his medal and that was so cool! :) Great time of 17:06!
I can definitely say I didn't expect the next person in our group to come in to be HOLDEN!! HOLY SMOKES he must have been flying!! He came in with a time of 22:04 - nearly 5 minutes FASTER than his last 5K time! WOW! 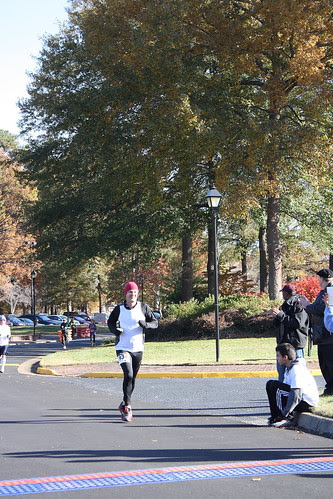 Then Andrea came in a couple of minutes later with a time of 25:48, but that's with her pushing somebody which we thought was pretty incredible! :) It was pretty windy that morning too! 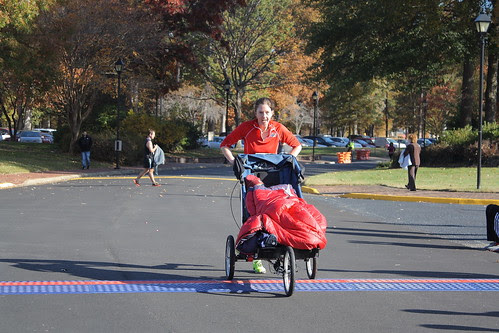 Last, but certainly not least was my hubby, David! He came in with a time of 38:58 .... not his fastest time, but he wasn't feeling quite well and his ankle was bothering him as well. Still faster than last year's time which is pretty impressive! Great Job Honey! I love You! 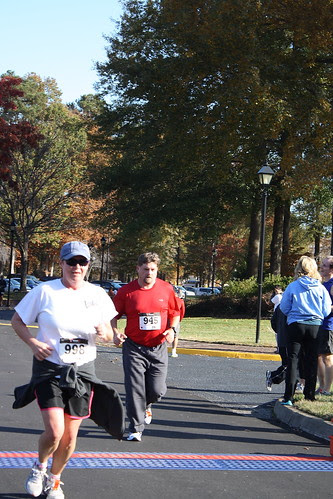 It was a wonderful day! Ashton enjoyed his special surprise and all the other people who came out to run. We saw many friends (Lisa, her husband Steve and their little guy Brody, we saw the Madren Family, Monika & Sierra Dean, and lots of others we knew). Most of all, the money and funds went to help F.A.C.T. who does the camp Ashton attends every summer, Camp Gonnawannagoagin! :)

Lots of fun memories and pictures.... :) 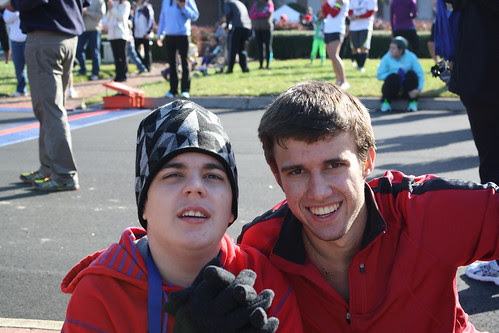 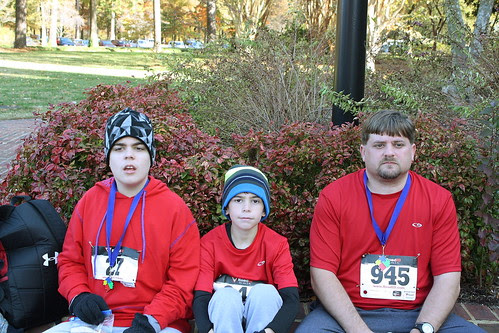 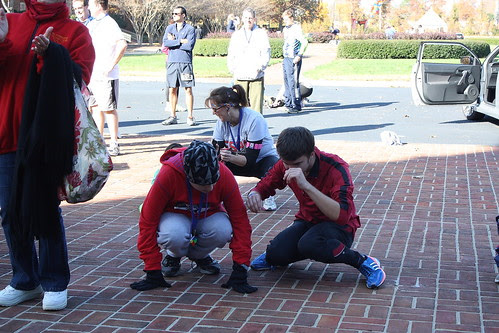 It was a wonderful day spent with lots of friends and my little family. The guys all did exceptionally well, and Ashton had a great time spending time with one of his favorite people. Thank you again Marc for coming out and running with him (not that I had twist your arm or anything! lol) and thank you Lebers for coming out and supporting him! Actually, a BIG HUGE THANK YOU to everyone who attended the run - it was for one of the best causes and one that's near and dear to our hearts :)

Thanks for stopping by and taking the time to comment. I love hearing from you and will try and repay the visit and comment as soon as I can.

Hello everyone! I'm Jenn, a Stay At Home Mom of two wonderful boys, Ashton and Holden. Ashton is 16-years-old and has Autism/ADHD and Holden is 13-years-old and has ADHD. I am also a wife to David, and we've been married for over 16 years now. Both boys are actively involved with their own little niches now, and even participate in some things together. Which is nice and easy for me, and also fosters an amazing sibling relationship. This blog is to chronicle our journey with Ashton and his Autism as well as Holden and his struggles with ADHD. It also takes you through our ups and downs as a family unit. Please respect the fact that this is a family-friendly blog. Any comments that are left that are inflammatory or derogatory in nature will be promptly removed.